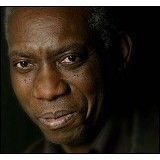 Yusef Komunyakaa (1947- ) is an eminent American poet who currently teaches at Princeton University and is a member of the Fellowship of Southern Writers. Komunyakaa is a recipient of the the 1994 Kingsley Tufts Poetry Award (for Neon Vernacular: New and Selected Poems), the 1994 Pulitzer Prize for Poetry (also for Neon Vernacular), and the 2001 Ruth Lilly Poetry Prize. His subject matter ranges from the African-American experience through rural Southern life before civil rights and his experience as a soldier during the Vietnam War.

He was born and grew up in the small town of Bogalusa, Louisiana before and during the Civil Rights era. He served a tour of Army duty during the Vietnam War, when he acted as a journalist for the military paper, covering major actions, interviewing fellow soldiers and publishing articles on Vietnamese history and literature. Upon his return to the states he turned to poetry, eventually becoming one of the most popular and important American writers of his generation. He was married to the Australian novelist Mandy Sayer for ten years, and was engaged in a long-term relationship with the poet Reetika Vazirani, who killed herself and their child Jehan in 2003.

Komunyakaa first gained wide recognition for the collection "Copacetic" in 1984, which fused jazz rhythms and syncopation with super-hip colloquialism and the unique, arresting poetic imagery which has since become his trademark. It also outlined an abiding desire in his work to articulate cultural truths that remain unspoken in daily discourse, in the hope that they will bring a sort of redemption:

"How can love heal/ the mouth shut this way.../ Say something that resuscitates/ us, behind the masks"

His success continued with "I Apologize for the Eyes in My Head", but his true breakthrough moment came with the publication of "Dien Cai Dau" -- pronounced "dinky dow", which means "crazy" in Vietnamese -- which focused on his experiences as a soldier in Vietnam. Included was the poem "Facing It" which records his experience visiting the Vietnam Veterans´ Memorial in Washington D.C. and has become perhaps Komunyakaa´s signature poem:

"He´s lost his right arm/ inside the stone. In the black mirror/ a woman´s trying to erase names:/ No, she´s brushing a boy´s hair."

In 2004, Komunyakaa began a collaboration with dramaturg and theater producer Chad Gracia on a dramatic adaptation of The Epic of Gilgamesh. The play will be published in October 2006 by Wesleyan University Press.

In 2007, Komunyakaa was awarded the Robert Creeley Poetry Award and visited the Parker Damon building to read some of his poetry to a receiving Massachusett´s community.